Galim (Bamboutos) - Militants of the Cameroon Peoples’ Democratic Movement (CPDM) of Bamboutos North and Bamboutos central 11, in Galim and Babadjou subdivisions respectively, have been reminded that President Paul Biya needs their cooperation to fight the prevailing crisis rocking parts of Cameroon.

Addressing exciting militants in Galim and Babadjou on 11 April, 2018, in different stops, Minister Nganou Djoumessi Emmanuel, expressed thanks to the militants, especially municipal councilors of both constituencies for the great victory they recorded in the last senatorial elections, but reminded the militants that a lot was still to be done, to give President Paul Biya ,party chairman and CPDM  party presidential candidate the needed victory in this year presidential election, for him to ensure the rigorous, dynamic and efficient management of the country institutions and resources.

He insisted that massive registration in to voter’s registers was the magic solution to secure victory for the CPDM candidate, President Paul Biya, adding that... 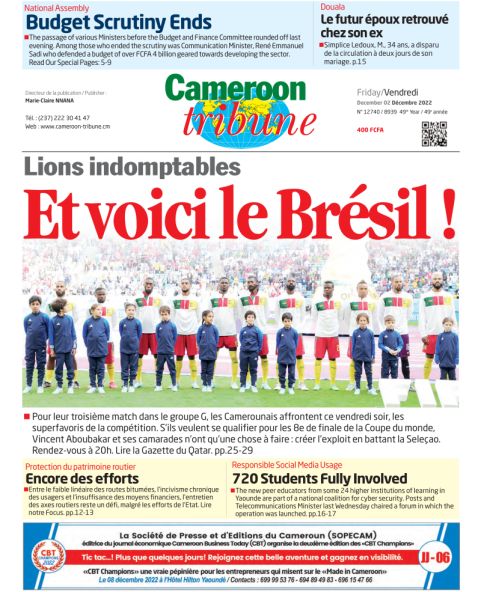