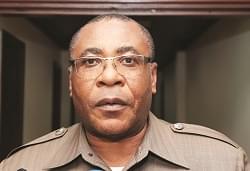 In two separate audiences granted the Japanese and Equato Guinean Ambassadors by External Relations Minister, security occupied a prominent position on the agenda

The Minister of External Relations, Lejeune Mbella Mbella on March 27, 2019 granted two separate audiences to the Japanese Ambassador to Cameroon, Tsutomi Osawa and the Am bassador of Equatorial Guinea to Cameroon, Anastasio Asumu-Mum Munoz, during which security issues were discussed in relation to the current dispensation. First to be received was the Japanese Ambassa dor who after the audience said he discussed bilateral and international security issues with the Minister of External Relations.

“We talked about various issues concerning our cooperation between the two countries and also international issues. With regards to our bilateral issues, Japan is going to have two big events this year. In August we are going to have the Tokyo International Conference on African Development (TICAD) and in October, we are going to organise a ceremony on the new impact of Japan,” he stated.

On his part, the Equato Guinean Ambassador, Anastasio Asumu-Mum Munoz, said as two neighbouring countries, consultations between them is logical. “We share the borders at Kye-Ossi and there are sometimes problems being faced around the area. There are traders who sometimes act disorderly and there are security challenges as well.

The Minister summoned me so that we could brainstorm on how both countries can work together to address the situation and improve the relations between Cameroon and Equatorial Guinea,” he stated. With regards to the arrest of 13 Cameroonian fishermen in Campo (already released) by Marine Officers of Equatorial Guinea, the Ambassador said he was not aware of the situa tion but will write to the competent consular service to provide him with the information. “We will resolve the problem, we have the voluntary will to have it resolved,” he assured.

Ambassador Anastasio Asumu-Mum Munoz said External Relations Minister talked on the possibility or wish of the government of Cameroon to open a consular service in the town of Mongomo (a locality not too far from Kye-Ossi).