The name change was effected by the Gov’t Delegate to the Douala City Council in a ceremony on July 12.

The name of the street running from the New Bell Prison to College Evagelique hitherto known as Kassala Farm has been changed and christened, Adamou Labbo Street in honour of the first Haoussa chief in Douala who lived from 1940 to 1984. Speaking during the christening ceremony took place on July 12.at the Cheferie Haossa III, the Government Delegate to the Douala City Council, Fritz Ntone Ntone said historical, sociological and anthropological sttudies are done before authorising naming of streets. Douala as a cosmopolitan and oldest city in Cameroon yieleded to the request of the Haoussa community in Douala. He said many streets have been named as such and that the rpoces will continue.
Prior to the Government Delegate, there was welocme speech from the president of the organisng communnity and a presentation of the history of the Haoussa people in Douala starting from their origin in northern Nigeria migrating down south passing through north cameron, Adamawa, Centre and finally Littoral.
In sheer proof of living together, a delegation of Sawa chiefs led by King Bell were in attendance and the ocassion was jointly animated by an Ambass Bay dance group Canton Bell and a Haoussa traditional dance group. The hallmark of the ocassion was the cutting of the ribon and the unveiling of the name plate by the Government delegate to the Douala City Council with the inscription « Rue 2516, Adamou Labbo ».
Late Adamou Labbo was not only the first Houssa chief in Douala but he was also the founder of the first mosque in Douala as well as the first islamic school. He also served as an auxillary to the German and later French administrations. It is therefore in consideration of his immense contribution to the  Haoussa community in Douala in particular and Douala in general that a group of Haoussa people in 2015 undertook an initiative to have his name given to this street. The efort materialised in Febraury 2016 with the city council granting their wish. 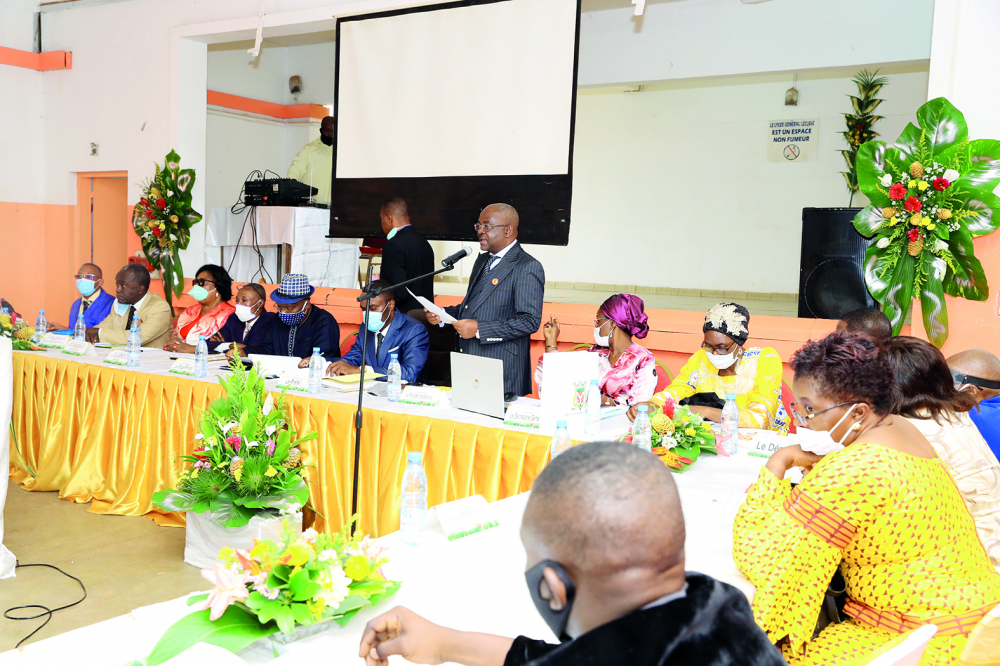