Thematic discussions on the Ministerial meeting holding in Italy were on renewable energy, environmental protection and sustainable development.

External Relations Minister, Mbella Mbella led the Cameroonian delegation at the Third Italy-Africa Ministerial Conference which focuses on three pillars, “People, Planet and Prosperity.” This is within the framework of the Italian presidency of the G20 and the partnership with the United Kingdom for the COP26. The President of Italy, Sergio Mattarella opened proceedings of the conference on October 8, 2020 followed by an inaugural plenary session. About 50 African countries, high-ranking representatives of the African Union, senior officials of African Regional Organisations, Italian officials, entrepreneurs and the academia were in attendance.
The objective of the get together was to enhance Italy’s partnership with Africa especially in the domains of economic and financial sustainability, green economy and energy. The Conference therefore served as a platform of high-level political dialogue on Italian actions in Africa, their contribution towards the growth of the continent and partnership perspectives.
Four interactive thematic panels were immediately created after the plenary session, and discussions focused on renewable energy, environment, sustainable development, finance and energy transition. A special round table dedicated to the “blue economy” also took place.
Other personalities who spoke at the inaugural plenary session included the Italian Minister for Foreign Affairs and International Cooperation, Luigi Di Maio, the President of the African Union, Moussa Faki Mahamat, the USG and Executive Secretary of the United Nations Economic Commission for Africa, Vera Songwe, the President of COP26, Alok Sharma, the President of the Pan-European Commission on Health and Sustainable Development, Mario Monti, and the President of B20, Emma Marcegaglia. Speeches, presentations and exchanges at the Conference revolved around the principles of economic cooperation, democracy, development, global warming, peace and security.
In his speech, Minister Mbella Mbella highlighted the abundant and diverse renewable energy sources in Africa and Cameroon, noting that Cameroon is endowed with human capital and policies to foster the use and development of renewable resources. He underlined policies and capacity building opportunities for youth, promoting startups in the sectoe and the fight against climate change. On the sidelines of the Conference, Minister Mbella Mbella was received in audience by some personalities.  On October 7, 2021, the Minister met with the Italian Vice Minister of Foreign Affairs and International Cooperation, Marina Sereni, in the course of which both parties reviewed cooperation aspects between Cameroon and Italy as well as their perspectives notably in the training section. Minister Mbella Mbella also had a bilateral meeting with the Gabonese Minister of Foreign Affairs, Pacome Moubelet-Boubeya. 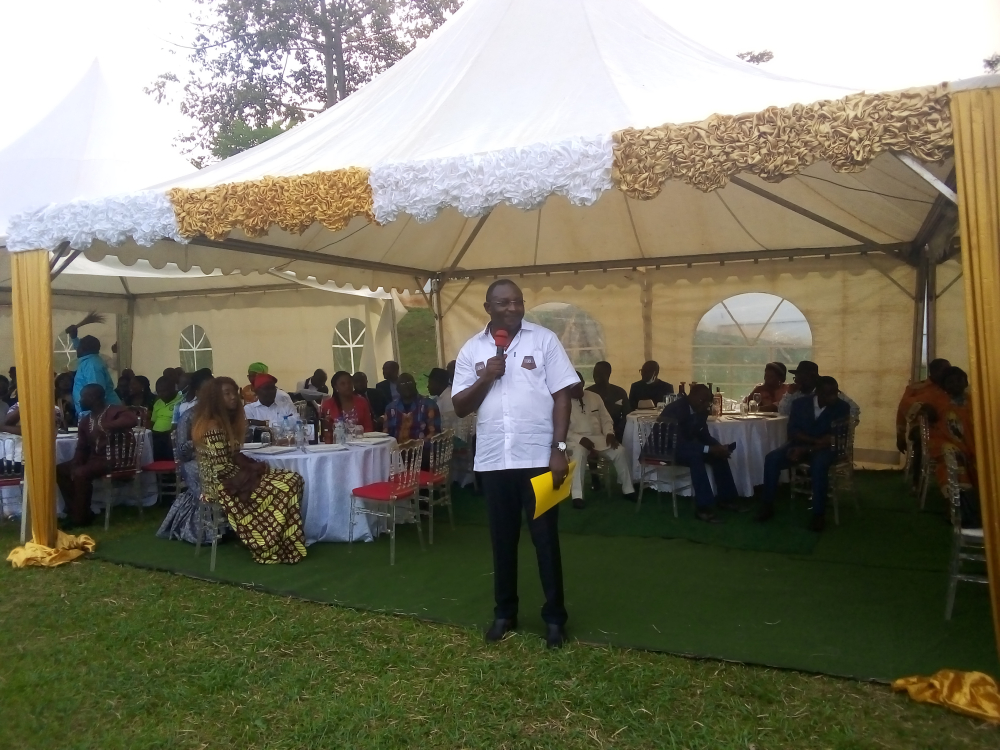