The 20th edition of the Grand Prix Chantal Biya international cycling race kicked off yesterday in Douala with Rwandan-born, Mugisha Moise emerging the winner of the criterium of the race and thereby winning the yellow jersey of the leader of the race. He was followed by two Cameroonians, Tiencheu Michel and Kuere Nounawe Rodrigue Eric in the second and third positions respectively. Meanwhile, it was the Cameroonians who took an early lead in the race raising hopes of a Cameroonian victory especially with the early injury suffered by the dreaded Joseph Areruya who was on the honour roll in the last edition of the Tropical Amissa Bongo in Gabon. However, this was not counting on the prowess of the Rwandan who left the peloton to catch up with the escape and finally carrying the day on sprint. “I am very happy to have won this lap. When I was leaving, I promised my country to win and I have done it thanks to my team mates. It’s a good race and I plan to keep the yellow jersey till the end”, he said.

However, all hopes are not yet lost for Cameroon given that the first and the second have the same time record and the third is separated from the first by 44 seconds. Hence, Cameroon’s chances of winning the competition still remain intact as all hopes now lie on Tiencheu and Kuere to make the country proud. It was however an honourable performance for Cameroon given that competitions at the national level had either been cancelled or postponed due to Covid-19 leaving the cyclists without enough training for the competition. The first three Cameroonians on the classification table on points were awarded prizes besides the other traditional awards like the coveted yellow jersey that goes to the race leader on points, the bleu jersey for the best Cameroonian, white jersey for the best youth, rose for the lap winner, green for the first on the general classification and white doted red for the best climber.

The race enters the second lap today to be run between Akonolinga and Abong-Mbang over a distance of 140km, a lap that is said to favour the Rwandans known to be good climbers. The third lap covering a distance of 167km will take place between Yaounde and Ebolowa. The fourth lap will be run between Zoetele and Meyomessala passing through Nkpwang. The fifth and last lap of the race will take place on November 22 between Sangmelima and Yaounde. Meanwhile, the kick off of the race was delayed by one hour to give time for cyclists from Senegal, Mali Côte d’Ivoire who arrived late for the competition. 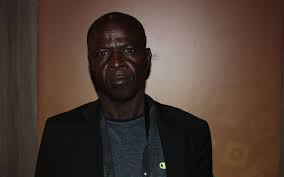