Cameroon’s Directorate General of Taxation will in the coming days become more performant in the services rendered tax payers and collection of State revenue thanks to  its ultra-modern complex comprising an 11-storey building with basements and another four-storey building. Prime Minister, Head of Government, Joseph Dion Ngute chaired the inauguration ceremony of the complex on Friday, November 27, 2020.

The complex that has 206 offices and an accommodation capacity of 600 staff, will bring together officials and staff of the Directorate General of Taxation who have been scattered in different locations in the capital city, Yaounde and they will have to use the modern multifaceted-equipment the  complex offers to be more performant. Prime Minister Dion Ngute in his inauguration speech, said, “We have come this morning to celebrate the success of a project. The happy end of a beautiful adventure.” He congratulated the Ministry of Finance and above all the Directorate General of Taxation for the execution of the 50-month project constructed by the China First Highway Engineering Ca, Ltd over a surface area of 19,821 square meters.

The Directorate General of Taxation’s new building, the Prime Minister said, was part of the ongoing innovation of public administration in Cameroon. It will contribute to the improvement of quality services to tax payers intended to ultimately boost tax revenue collection in the country. Prime Dion Ngute said the Head of State, President Paul Biya is firm on the consolidation of public financing and stated that 60 per cent of the State revenue comes from taxation. While paying tribute to the country’s taxation officials, he called on them to remain on course towards performance and to avoid ills such as corruption and fraud. By observing all these, he said, they will be contributing to the resilience of Cameroon’s economy. He further called for the proper use of the architectural jewel which he said has contributed in embellishing the city of Yaounde and called on other administrations to copy the example of the Directorate General of Taxation.

Speaking during the occasion, the Minister of Finance, Louis Paul Motaze expressed gratitude to the Prime Minister for coming to chair the ceremony. He said the complex comes to complete the social dimension by creating optimal working conditions for staff and to increase their performance. The building, he further said, was a response to challenges of modernity at work and services rendered to users and improvement in working conditions for more fiscal recovery.

The Mayor Yaounde, Luc Messi Atangana in his welcome speech expressed gratitude to the Directorate General of Taxation for the structure that has come to embellish the city.

The Prime Minister and other senior officials who attended the inauguration ceremony left the venue with great satisfaction as they were shown round the building. As from this Monday, the staff of the Directorate General of Taxation are expected to start delivering expected services  in the new structure 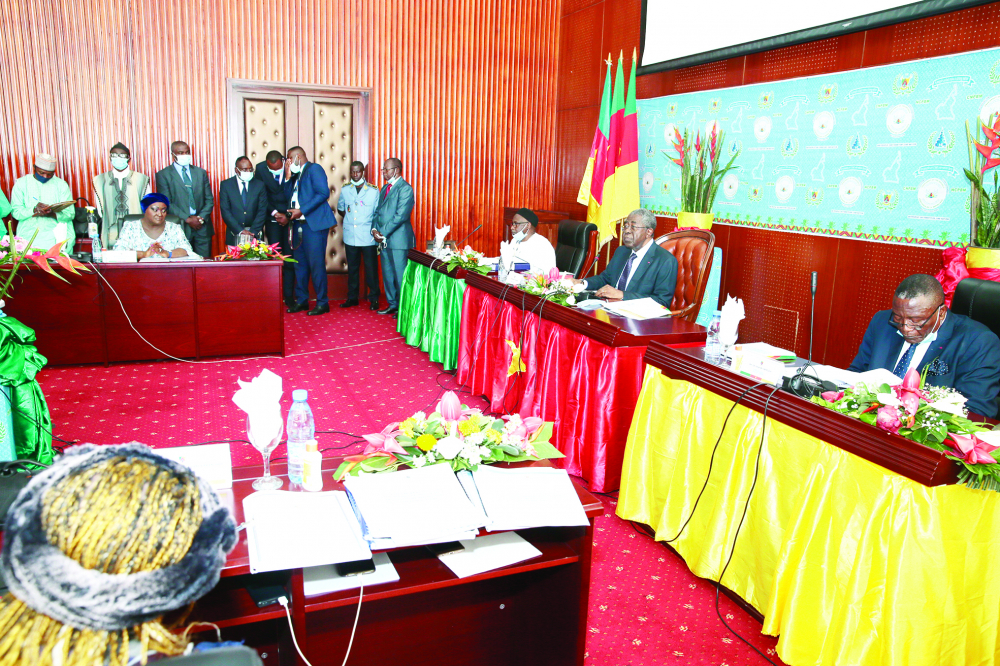